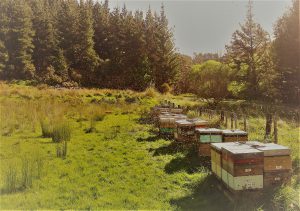 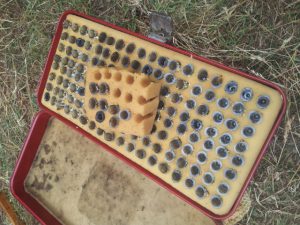 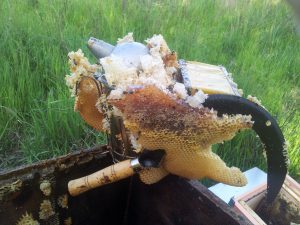 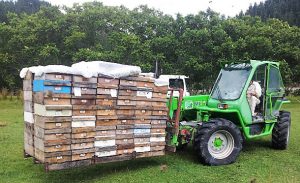 I started beekeeping in 2004 by managing colonies for few expert beekeepers friend of mine, and after a couple of years I decided to buy my own first three colonies! Later, I coordinated the start-up of the beekeeping branch for the company Camperchi SRL (Tuscany, 2 seasons, setting up and training) and helped “I Tigli” s.a. (Province of Bologna). I had a professional beekeeping season working for Steens Honey (New Zealand, 6500 hives), where I was mainly involved in the Queen Rearing Team, managing 3200 mating nucs and 800 parent hives.
Nowadays, I take care of 80 hives in the surrounding of Bologna: few of them are mine, used mainly for independent research on new beekeeping techniques, while I run most of them for third parties mainly for nucs production.

This website uses cookies to improve your experience while you navigate through the website. Out of these, the cookies that are categorized as necessary are stored on your browser as they are essential for the working of basic functionalities of the website. We also use third-party cookies that help us analyze and understand how you use this website. These cookies will be stored in your browser only with your consent. You also have the option to opt-out of these cookies. But opting out of some of these cookies may affect your browsing experience.
Necessary Always Enabled

Any cookies that may not be particularly necessary for the website to function and is used specifically to collect user personal data via analytics, ads, other embedded contents are termed as non-necessary cookies. It is mandatory to procure user consent prior to running these cookies on your website.